Imagine you have a 27-year-old son. He's been travelling throughout Thailand for the past three weeks by himself, no plans and no guided tours. For the first time since he left, he sends you a Facebook message. He's been mugged and has no phone, credit cards or cash. His flight leaves tomorrow and he needs $1,000 to settle his hotel bill or he won't be able to depart. Missing his flight will cost even more, so you send the money by wire transfer and hope that it reaches him in time.

My colleague, James, told me this true story, which happened to a mate. And when I say 'true', well part of it was. The mate was overseas, and his parents did send him money in response to the plea, but he was never mugged. The message came from a scammer who'd gleaned his password when he accessed Facebook from an Internet Cafe.

This wasn't the first time I'd heard of a friend's Facebook account being hacked, and it makes me wonder, how many other Australians have had their identity stolen on social media? Now that so much of our personal information is stored online, and recent high-profile hacks of celebrity nudes (eg. The Fappening) remind us how vulnerable it is, are we doing anything to protect ourselves? Do we really need to protect ourselves from scammers, or should we only worry about our friends posting drunken sexual innuendo from our accounts?

We'd like to see how many of these questions we can answer. To do this, we need your help. For the first time, we're going to survey a broad range of Australian adults to see if they've had their Facebook, Instagram or Twitter account hacked and what happened. We're also going to find out just how good the average Aussie is at protecting their online privacy and security.

This is your chance to share your story about being hacked and help other people become smarter Internet users. Or perhaps your accounts are impenetrable and you want to prove to the contrary that you're not a total nob when it comes to security!

For those brave enough to take part, your information will be anonymous and securely protected (of course), and the data will be released in a report in early 2015, hopefully with some intriguing insights.

All it takes is 10 minutes, we'll even give you the chance to win $500 just for taking part! 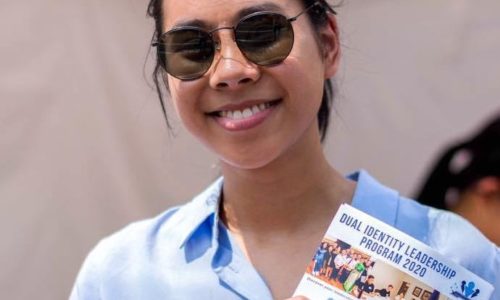